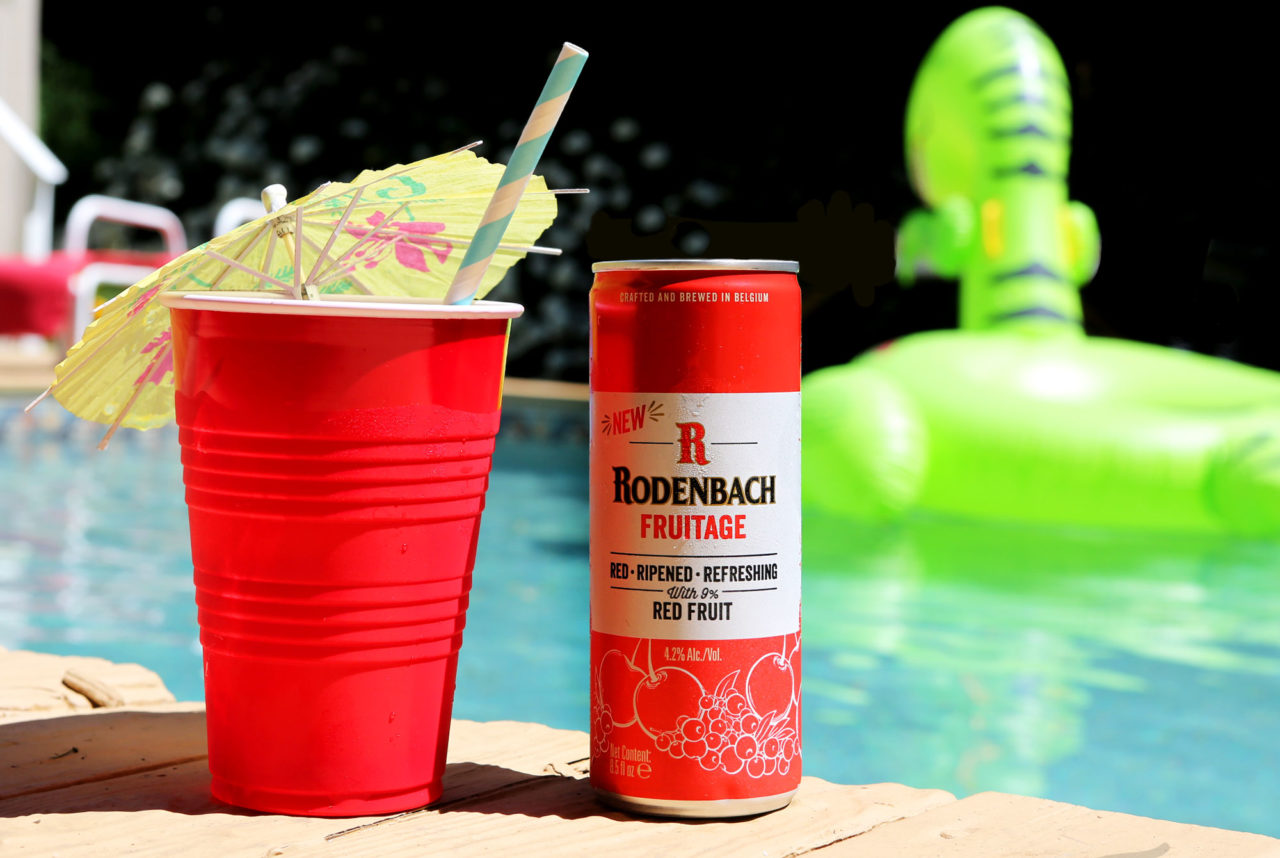 With Fruitage, a new Flanders red ale brewed with 9% fruit juice and served up in a slim, 8.5-ounce can, Rodenbach is taking on summer. And the legendary Belgian brewery, probably best known for their Grand Cru, chose a beer that’s not without controversy. Of all the styles, fruited beer is among the most divisive. The reasons are wide ranging: from being “artificial tasting” to overly sweet to, in the words of one confident commenter, too girly. Other’s, like Reinheitsgebot purists, simply don’t think fruit belong near beer. Many of these sentiments can be summed up by Budweiser’s 2015 Super Bowl ad, in which they remind viewers that their beer is “not a fruit cup,” as an older man flicks a lemon wedge off his beer with gusto.